Kotlin – A New Way to Android 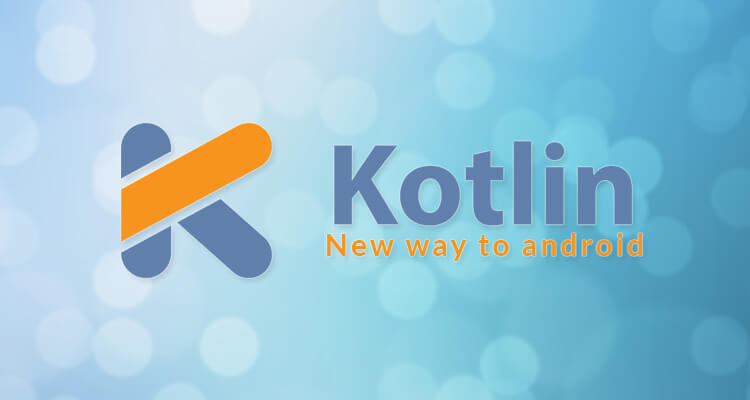 Posted at 09:54h in Android apps, Technology by Hardik 0 Comments

From last Google I/O, Kotlin was one of the big announcement by Google this year. The CEO Sundar Pinchai and his team announced a new programming language for Android development -Kotlin. Which can be the future of Android application development.

Kotlin is the powerful language for Android development comes with the solution some issues like runtime exceptions and another verbosity of source code faced by Android developers. It is easy to get started and you can also implement in your existing projects.

Kotlin is the latest open source programming language for JVM that enables Android Development Streamlining more efficient way.
you can build Android, JVM, browser(web) and native application using Kotlin. Its structure is similar to java like statically typed and object-oriented approach and also platform is designed for the problems Java used to solve. But with some superior features like simple syntax and functional programming concepts, Kotlin is way better than Java.

Here are some features of Kotlin…

Kotlin is simple to compare to Java and it is easy to learn for developers who want to refresh the latest tech knowledge and also easy for new starters. App debugging is also speedy that makes the application development process faster.

You can use Java frameworks and libraries in Kotlin projects without converting the whole project in java. And you can compile the project using both the Java and Kotlin languages.

Developers can use a feature of Kotlin language without changing any code of the project or no need to start a fresh one. Bytecode makes it possible for Kotin compiler to make a bridge between two languages.

Kotlin is an Open source language and required a Java-to-Kotlin converter tool to convert your present java files into Kotlin compatible. It is developed and handled by Google’s partner JetBrains. As it is open source language, it supports the open developer networks and not restricted to any single company.

With the use of NullPointExceptions, Kotlin helps developers to avoid errors. its compiler auto-cast mistakes and it is a most efficient language with built-in null checking and compatibility with Java.

Kotlin provides excellent performance with lower runtime and a broad set of libraries which make it a better choice for developers over Java. With the non-profit foundation partnered with Google, Kotlin is the first class official programming language for Android developers.